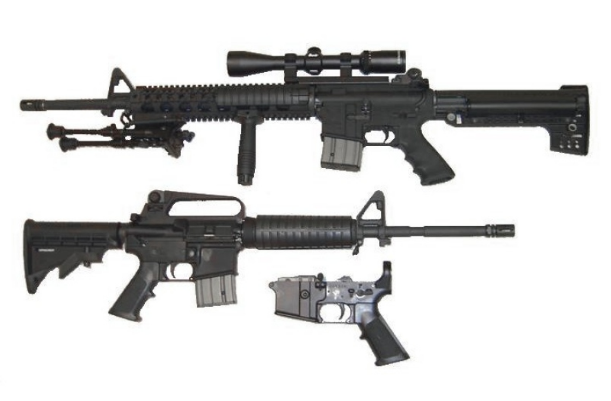 Tackling fake problems is so much easier than tackling real problems.

That has been the Liberal Party’s guiding principle for decades.

So it comes as no surprise that Prime Minister Justin Trudeau announced in that faux serious tone of voice he likes to use for these occasions that assault weapons were being banned.

The prime minister said that these assault rifles were designed to kill the maximum number of people in the shortest amount of time.

Man, that is laying it on thick.

The PM, of course, made reference to the tragic Nova Scotia shooting that claimed the lives of 22 people.

Here’s thing, though, nothing that was announced today is going have much impact on homicides or mass shootings.

For one thing, assault weapons were prohibited decades ago. You cannot buy an assault rifle anywhere in Canada.

You can, however, buy a rifle that is a semi-automatic with a five round clip if you secure a Possession and Acquisition License.

Now, there are more 2.2 million PAL holders in the country who have had criminal and reference checks performed and undergone training.

The Nova Scotia shooter was not a PAL holder. He was actually prohibited from owning any firearm. The guns he used were acquired illegally.

You mean people intent on violence can acquire guns illegally.

Who would have imagined?

There’s no question that gun related homicides are on the rise in Canada. There’s hardly a day that goes by that we don’t hear about some gang related gun shootout.

The operative word there is gang.

Gang violence is growing in Canada. It is fueled by the illegal drug trade and human trafficking that is rampant.

But gang violence, the drug trade and the trade in women and children are real problems that require real solutions.

No one in the Liberal government wants to tackle gangs. That’s a field strewn with minority landmines.

Nope. The smart thing to do is tackle a phony problem and pick on the millions of law abiding citizens who don’t vote for you anyways.

If you like my work, please consider dropping me a tip. It encourages me to continue and is greattly appreciated. My Tip Jar.