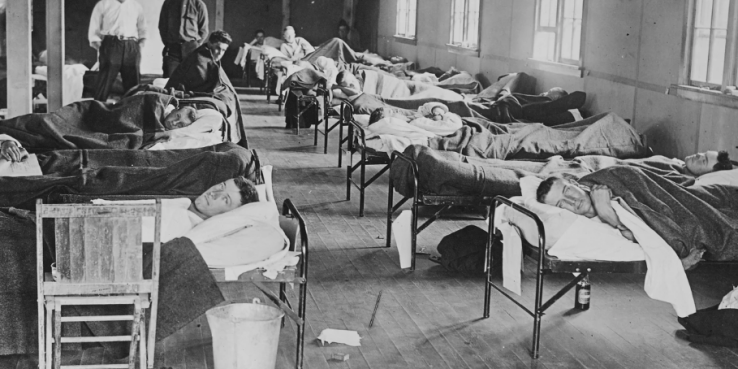 By 1919, the Spanish Flu pandemic had spread influenza to a third of the world’s population, or around 500 million people. Psychiatrist Karl Menninger was treating people at Boston Psychopathic Hospital who’d recently been infected. But his patients had symptoms far beyond what’s usually associated with the flu. In a paper on 100 cases he saw over three months, he described seeing extreme mental disturbances—over half of his patients had some sort of psychosis, and almost two-thirds had hallucinations.

Then, in a follow-up study, Menninger reported that nearly all of those patients got better. Their madness disappeared when they recovered from the flu. He suggested that, in these patients, there might be some connection between the flu and their psychiatric illnesses.

It wasn’t the first time this association has been made. While today, we consider viral infections to be diseases of the body—they infect the lungs, give us fevers, stuffy noses, or a cough—throughout history there’s also been a strange link between influenza and psychotic disorders similar to schizophrenia, a severe mental disorder that can affect how people think. More recently, this link re-emerged from the observation that babies born in the winter or early spring, when mothers may have been exposed to the flu, are more likely to develop schizophrenia as adults.