If Conservatives have any hope of defeating Justin Trudeau’s Liberals in the next general election, they’re going to need a leader that the Liberals and their media allies cannot easily attack.

The CPC has tried to play its own game. Election campaigns were to be fought on the basis of policies advocated.

Liberals and their media toadies had other things in mind. In short order Conservatives were fighting off charges they were homophobes, racists and misogynists.

As much as we might object, the fact of the matter is that it’s their court and their game.

In other words, we have to play their game if we are to beat them at their game.

All of which brings me to the upcoming Conservative leadership race.

Already you can see the media at work talking up Peter MacKay’s candidacy.

The media may been extolling the virtues of MacKay but I sincerely doubt he has what it takes to defeat Trudeau.

Erin O’Toole is currently the only other candidate to meet the stringent requirements to make the run for party leader.

O’Toole hails from Montreal and has espoused traditional conservative values close to all our hearts. But does he have what it takes? We’ll see.

There is one candidate that has caught my eye and holds a lot of promise – Dr. Leslyn Lewis.

I started following her on Twitter when she announced she would be making a bid for the leadership. She’s saying all the right things. 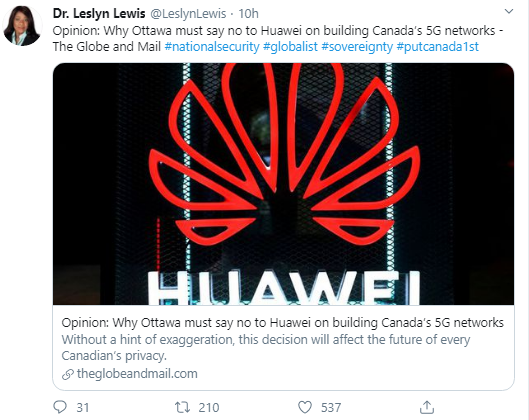 Lewis is pro-energy development, but she’s also an environmentalist. She’s a social conservative, who values family and small government, but she’s no ideologue. She’s incredibly well-educated, the daughter of dirt poor immigrants who succeeded in Canada.

So here we have a woman of color who is an immigrant and believes in everything conservatives hold dear. Read more about her here. See an interview here.

Lewis, in other words, is invulnerable. She is a conservative Superwoman immune to Liberal Kryptonite.

How would the media attack her for being a racist, a misogynist or a homophobe?

I really think conservatives need to think strategically here and get behind her candidacy. Let’s play their game and beat them into the ground.