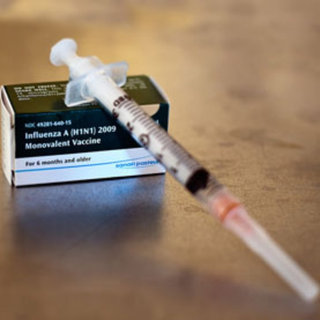 Despite government recommendations, there is little evidence that flu vaccines help individuals older than 65 or younger than two

Every year around this time, 120 million Americans roll up their sleeves to get their annual flu shots. Since 2010, the U.S. Centers for Disease Control and Prevention has recommended yearly jabs for every healthy American over the age of six months. The goal is to curb the spread of infection and minimize the risk for potentially dangerous complications such as pneumonia, particularly among the elderly and the very young. But science on the vaccine’s efficacy is scant among those two vulnerable groups. And although healthy adults do get some protection, it may not be as robust as they expect.

One oft-cited claim, based on several large meta-analyses published more than a decade ago, is that seasonal flu shots cut the risk of winter death among older people by half. But the research behind that claim has been largely debunked. A 2005 study published in the Archives of Internal Medicine noted that influenza only causes about 5 percent of all excess winter deaths among the elderly—which works out to one death from flu per 1,000 older people each season—so it’s impossible for the shot to prevent half of all their winter deaths. The following year, a study reported that as vaccine coverage increased among the elderly in Italy in the late 1980s, there was no corresponding drop in excess deaths. In another 2006 paper, Lisa Jackson, an infectious disease epidemiologist at the Group Health Research Institute in Seattle, and her colleagues showed that although vaccinated seniors were 44 percent less likely to die during flu season than unvaccinated seniors were, the vaccinated ones were also 61 percent less likely to die before flu season even started. “Naturally, you would not expect the vaccine to work before the thing it protects against is going around,” says Lone Simonsen, a research professor in global health at George Washington University and a co-author of the 2005 study in the Archives of Internal Medicine.

Source: Flu Shots May Not Protect the Elderly or the Very Young – Scientific American